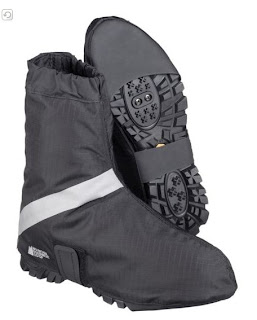 Disclaimer: This blog may appear to be an advertisement for Mountain Equipment Coop, but I have no connection to the store.  And if you read carefully, you will see that I have not tested this stuff on a real motorcycle trip yet.

A few years ago, some friends of ours took us to the MEC store in Toronto.  It had a remarkable variety of camping and outdoors gear, and we went on a shopping spree.  I don't remember much of the other stuff, but I do remember buying an MEC Wanderer 2 tent.  It was the first expensive tent I ever bought, and what I like about it is that it stands up to wind and rain very well, and has a fly that completely covers the tent and the ground outside the front and back doors.  It's just a two person tent, but I think it really is big enough for two of us, (yes, I have tested it many times) and easy enough for one person to put up and take down.

But enough about the tent I bought years ago.  I will be bringing it on the trip to BC this summer, but we need a more comfortable sleeping mat and sleeping bag that will be really small when packed up.  I was having trouble locating this pair of items until I stumbled across the MEC website, and better yet, noticed they now have a store in London, Ontario.  I would much prefer to go there than to fight my way in to downtown Toronto.  Today we drove down to take a look.

I think we found exactly what we were looking for and more, although I will be the first to admit that these items need some real field testing before I can give a recommendation.  But on price, and immediate appearance, and in-store tryouts, I was very impressed.

First item was the sleeping mat.  There is a type of mat that is very similar to the first air mattresses I used until the mid 1980's.  They are updated by having some insulating materials inside the mat, and having a screw-to-close valve similar to the Thermarest type.  They also have much thinner material than the rubber/fabric air mattresses of old, so they roll up very small when deflated.  When inflated, they are only about 2.5 to 3 inches thick, so they don't really take a lot of air to blow up.  They are definitely not self inflating, though.  When I unrolled mine at home, after an hour it was still lying there seemingly empty.  Finally, I took about 5 minutes to blow it up with my mouth. It also says on the tag "Not self inflating", so I don't know how I ever got the idea it might be partially self inflating. This pad, which is a "Big Agnes", has no pump, either built in or external.  It was about $130, which is very expensive for an inflatable mattress, but it seems very comfortable, so may be worth it.  I gave up on the old (and uncomfortable in my opinion) air mattresses years ago when Thermarests first appeared, and have not gone back since.

Incidentally, the last sleeping mat I bought at Canadian Tire a week ago, had a slow leak which I fixed myself with some JB Weld glue applied to the leaky spot area while the bag was trying to suck in air.  It seems completely fixed now, I slept on the mat three nights in a row, and actually had to let air OUT twice because it is more comfortable with less air than it wants to suck in naturally.  (It's a foam filled self inflating pad, and yes it likes to suck air.  One of only two things on Earth that when you say "this sucks" it's a good thing.  The other being a vacuum cleaner, naturally)

Next item was a sleeping bag.  I was looking for a down filled bag with a barrel shape, which is not as confining as the mummy shape that I have seen up till now.  My own sleeping bag is a North Face down filled mummy bag, it's very warm and packs really small, but it was over $300, and most of the time I just throw it over myself like a blanket because it's too hot and I can hardly move when it's zipped up.  At MEC today, we found a down filled barrel shaped bag that will be long enough for either one of us to use, and was under $100 on special.  I guess it was a model that was being phased out or something.  So it was inexpensive, it feels thick and soft and warm, it packs really small (especially with an extra cost, four-strap compressing bag - also bought at MEC.)  So it was exactly what I wanted - sometime soon I will find out how it works overnight in a tent.

Then we came across two lucky finds, that I did not notice on the Internet, because I needed to see them in the store to know that they were perfect for motorcycling.  Ever since I have been doing long motorcycle tours, I have wanted something to put over my gloves and boots to keep them dry.  In the rain, I have rain pants, rain jacket, and a full face helmet. They can keep most of me dry, but on a "normal" bike like my Vulcan 900, my feet and hands still get wet and cold.  So MEC had the perfect things.  A pair of waterproof nylon overmitts (to go over the gloves), and waterproof nylon overboots - that do up with velcro at the sides and back-  These overboots have a toe pocket, and other than the toe pocket, the rest of the sole of the boot is exposed.  These things were designed for bicycle touring, where you may have your feet cleated to the pedals.  Anyway, both are exactly what I have been looking for for decades - I have tried many alternatives that all failed for one reason or another.  And finally, Although I know they pack really small, I still need to field test these things for water proofing.  It almost makes me want to go riding in the rain to do that.

Picture: The MEC cycling shoe covers - note that the picture is taken with the covers wrapped over a heavy soled boot (not included).  Also, the tops are a bit small for some of the larger motorcycle boot tops.  Mary Ann and I both needed XXL because they seem to be designed for bicycle shoes.  And actually they only had one pair of XXL in stock, if they don't get more soon, I suppose we can at least order a pair online.  With the mitts, a medium fits everything from my heaviest winter gloves to my summer gloves, so I got a pair of medium.
Posted by Lost Motorcyclist at 10:24 PM