The Vacation is not Over Until I Decide it's Over 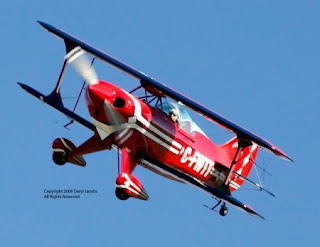 An important part of our motorcycle trip to BC in 2012 was being open to new experiences.  By that, I mean you just do things, without really knowing what to expect, then see what happens.  If you have the right attitude, good things will happen.  If you don't, well, you know.  One example would be the Motorcycle Show last Friday.  It started 2 hours later than we expected, so we went for a walk outside and found free beer being served across the street.  I never would have imagined it, but that's what you get for just going to see what's there, and taking advantage of what's on offer.

Today we made another attempt at being open to new experiences, and it also worked out better than we could hope for.  I wanted to go to Zdeno's to buy some pant clips, and Mary Ann decided to come along, and we would also have a coffee at the Tim Hortons next door, then we planned drive over to the new bridge that was just completed in Fairway Road, and hike the trail that goes under it, and do some bird watching.  (We did not know at the time that this portion of the trail was still blocked by construction, but that's not important now).  So I got my pant clips, and we headed out of Zdeno's parking lot to go for coffee at Timmie's right next door.  But that meant a left turn onto a busy four lane road, so Mary Ann suggested that we go right instead, and see if we could find a small cafe in the nearby village of Breslau, since we were eventually heading to Breslau anyway.  Just as I suspected, there was nothing in Breslau but a take out pizza place, so we were stumped for a few seconds until I remembered the restaurant at the airport, just a bit further down the road.  Neither one of us had ever been to the Waterloo-Wellington Airport restaurant before.  When we got there, all the free restaurant parking spots were taken, and Mary Ann was not keen on paying for parking in addition to paying for coffee.  So I began to back out of my temporary turnaround spot, and suddenly I almost hit a pickup truck.  He came out of nowhere, I thought.  As I looked around to see where he really did come from, Mary Ann noticed one of the free parking spots was suddenly empty.  So that's where he came from.  We took the spot, and went in for coffee and cake.  Their outdoor patio next to the runway was closed due to cold weather.  So we sat inside beside the windows and observed the bustle of small plane traffic.  It turns out that Dec. 12, 2012, is a "Fly-out" day according to the Internet.  So that's why there were so many takeoffs and landings.  Then I saw a stubby red biplane taxi past our window, piloted by an older man (I think).  I was interested to see if this ungainly thing would be able to get off the ground, so I watched him taxi toward the other end of the runway, until he was out of sight.  I waited quite a long time for him to come back, knowing that he had to turn back into the wind to take off.  That's what all the other planes were doing.  Just when I had about given up, I saw a stubby red biplane shoot straight up vertically from behind the fence blocking our view to the right. Then he spent about 20 minutes doing rolls, dives, flying upside down, and a bunch of other tricks that I don't think have names.  The whole acrobatic show was right in front of our window, but not so close that I was actually worried for our lives.  Although I'll admit I was a bit worried for his.  We also had Mary Ann's bird watching binoculars along, which gave us an even better view.

So was our experience this afternoon good luck alone, or did the right attitude help?  I think we had a lot of practice this summer in improvising our vacation experiences, and it's likely that this practice is still helping us have an interesting time in normally uninteresting places.  It's kind of like this: you just dive into a new situation, even if you suspect this is going to be a colossal waste of of time.  Then regardless of the fact that some things you hoped for didn't happen, just keep an eye out for something really interesting to turn up, even if nobody else seems to be interested in it.  For example, at the restaurant we were the only people watching the air show.

Picture: I think this might be the plane we saw this afternoon.  I got the picture from this web page

Posted by Lost Motorcyclist at 6:59 PM