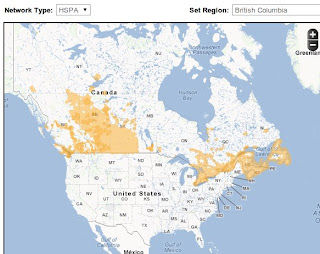 Some people like the high tech stuff, others recoil in horror.  On this trip, we will have a Representative of each school of thought. Mary Ann does not care much for high tech stuff, so it was unusual when she said we should get an iPod so that we could run the iBird app.  iBird is the killer app for birdwatchers, with pictures and information on almost 1000 birds, plus a quick identify feature, and many bird calls that are so real the birds answer them.  But other than the iBird app, she has reservations about the usefulness of a cell phone or a GPS.  She also has doubts about the safety of the radio waves coming off these devices, and she says "What's wrong with having a map and stopping to ask for directions if we're lost?  That what people used to do".  I have done plenty of trips based on nothing but a map and some tourist brochures, and that's partly why I got hooked on riding the interstates and dining at McDonald's.

To get iBird, I only need a $200 iPod and a free WIFI connection. But it seemed to me for a little extra money we could get an iPhone which would add a lot more functions like GPS location, and radar weather map - two things I have been looking for ever since my first and only cell phone twelve years ago.  I didn't need the phone calls, and I didn't like the 3 year plan for $50 per month. But some new companies promise low rates for smart phones.

Koodo advertises a data plan starting at $5 per month, with no penalties for terminating the plan. They had cheaper smart phones, but I was willing to pay $300 for the Nexus "S".  But there are many terms to the agreement, nothing is that simple.

The first thing to know about data connection for smart phones, is that the phones can usually connect over WIFI or from a cell phone tower.You can find WIFI Internet connections for free at many McDonald's, also motels, even campgrounds.  But WIFI has a short range (like maybe 10 meters). The cell phone data connection, has the same coverage area as cell phones, but costs money. he cell phone coverage also has some limitations. Koodo for example has little or no coverage in Northern Ontario or the Rockies, or much of the sparsely populated areas of northern Canada.

My first price shock was when I asked for the $5 per month data plan.  It was explained to me that this "plan" was not a plan, it was an add-on to a plan. The cheapest real plan was $20 per month for 50 minutes of cell phone time.  So actually, the cheapest data plan would be $25, even though I was not interested in the phone.  Well, it still didn't sound too bad to me so I went ahead with the sign-up.

Once I got home, I did some further checking, to see how much it would cost me for my monthly Internet access. The $5 data saver plan is not unlimited use, so I needed to know the terms. I can check my current daily usage usage online.  But as I was going through the terms for crossing the border I came to another shock.  In Canada if I read it correctly, 3 Gigabytes of download in month will cost me $30.  Beyond that, I will pay $0.02 per megabyte.  But if I cross over into the USA, and download one Gigabyte, my bill will be $3000.  Note that this is one third of the data I can downloaded in Canada for $30.  The $40 special one-month add-on for USA roaming will reduce my Internet bill but one Gigabyte will still come to $1040 under this add-on contract.

The lesson is, you do not just go using your new toys while on the road without reading the fine print.  For example, although I do not care about the phone charges, since I don't plan to use them much, I noticed that you are billed for both outgoing and incoming calls.  So watch out if you give your cell phone number to your third cousin in Outer Mongolia.  But there is an even bigger trap waiting for the unwary Koodo subscriber who ventures into Mexico to download a Gig of data. That bill would be $25,000.

Mary Ann asked me so what is a Gigabyte then?  I said it's half of your iBird app.  If we had downloaded iBird in Mexico, without using WIFI, it would have cost us $12,009.99.

Picture: Koodo's coverage in Canada.  Big spaces left out where I need to rely on WIFI only, or worse yet, a map.
Posted by Lost Motorcyclist at 10:51 AM