Lost and Burgie on a Test Ride to See Tundra Swans 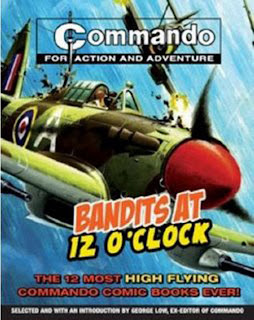 Today we had our first road test of our Scala Rider Q2 Bluetooth rider-to-rider headsets, which was a complete success. It turned out that Mary Ann was a bit more chatty on the radio than I had previously thought, so we may have to recharge our batteries more often than every two days.  But already I can see why people get addicted to the communications devices.  First is the safety of being able to tell the other person what you are doing, and warn of what other drivers are doing.  Second is for navigation, to be able to consult with each other before each decision point.  Which is also a plus for safety.  Third is freeing you up to improvise, not having to follow a previously constructed plan. And last, is what I might call entertainment, making observations.

For us, this translated in the following way.  I could easily tell Mary Ann to merge to the left lane before me, even though I was leading the way.  I believe it is safer for the following rider to change lanes first, but don't have time to explain right now.   Next I needed gas at Petersburg, and then told her to take the lead before Tavistock - asking her to pass on the left, not the right. I could tell her that I spotted a Snowy Owl fly overhead right behind her.  At one point we were looking for a turnoff at 90 kph with traffic following.  She could inform me as soon as she could make out the ever-so-small lettering on the streetsign, which of course is too late for her to give proper advanced  signalling.  But as I was following a proper distance behind, I was able to signal well in advance of the turn, and help protect her from any over ambitious floormat adjusting text messager from following too close and clipping her as she suddenly turned left.  I was also able to request an emergency stop at Timmy's for a Peach Mango smoothie.

The Scala Rider also is a big boost to navigation without using a GPS.  I wrote down the directions to follow, because Mary Ann wanted to try a new backroad route involving about 10 turns.  Then I was able to read my trip ticket and call out the turns one after the other.

By conventional measurement, our trip was a total failure.  Our original plan was to stop for lunch at "I'm Starvin' Roadhouse" near Grand Bend, then go to see the Tundra Swans migration stopover on Greenway Road, then have a break at C&J's cafe in Thedford.  There were no Tundra Swans, and both establishments were closed.  But instead of being annoyed, we found an open pub for lunch in Grand Bend, the Paddington, with an open patio (choice of front or back) and great food and friendly atmosphere.  Mary Ann even asked for the recipe for the potato leek soup, and the chef came out with pen and paper to write the recipe out for her.  Yes, we sat out on the patio and we even had to sit in the shade as it would have been too hot.  For people who live in Florida, this may be no big deal, but this is Canada, and it's the month of March, not April, not even May, and it's unheard of.

So the communicators were a success. We used them to make sure both motorcycles speedometers were reading the same.  We also tested them for range - I sped up until I was almost out of sight, and then as I went over the crest of a hill, I heard silence.  As Mary Ann came into view in the rearview mirror, communications were re-established.  Then a big truck came between us and her voice broke up again temporarily.  The voice-activated communicator takes a half second to turn on after going into dormant mode, and sometimes we miss the first syllable of the next message.  But I don't think it's a big problem if you are aware, and avoid monosyllabic messages.

The headset is also very effective at noise cancelling, and automatic volume adjusting. Once in a while it gets fooled.  At one point, Mary Ann called  "What are you doing?", I replied "I just sneezed!".  She answered, "Motorcycling is a good way to not catch germs."  There was another time I thought my faceshield had suddenly snapped shut, but that was impossible as it was still open.  Then I realized Mary Ann had flipped down her faceshield, and it sounded like mine.  I would say that's good sound quality.

Later in the day I must have started to get delusional, and used some air force pilot language I've heard in movies.  So I said "Bandit at 6:00!"  She answered "What does that mean?".  I said "What do you think it means?"

"Does it mean I'm going to see a raccoon in about an hour?"

Posted by Lost Motorcyclist at 8:27 PM