Technically, we are not staying in Harbour Grace, we are still at Fong's Motel in Carbonear. But it is very close and we did spend the day in Harbour Grace. Right behind the tourist information hut is the wreck of the SS Kyle. In 1949, it was used as a ferry between Newfoundland and Cape Breton. On the other side is a statute of Amelia Earhart, because she took off from Harbour Grace in 1932, on a solo transatlantic flight. Nearby is an old DC3 on a pedestal. At the other end of the street is a nice Museum at the site where Peter Easton set up a fort.

Easton is referred to as a pirate, but from what I can make out, he was more like an unpaid, independent admiral of the Royal Navy, trying to defend and govern  Newfoundland, and make a buck or two on the side. We need to learn about these people in History, even though they don't fall into neat categories like Blackbeard, or Drake.

Pics: me in front of Newfoundland train that no longer runs. Mary Ann and Amelia, a model of the SS Kyle. 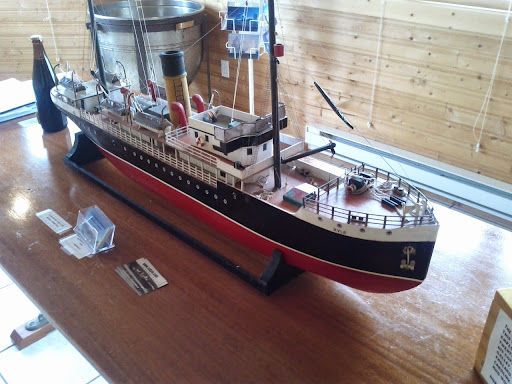 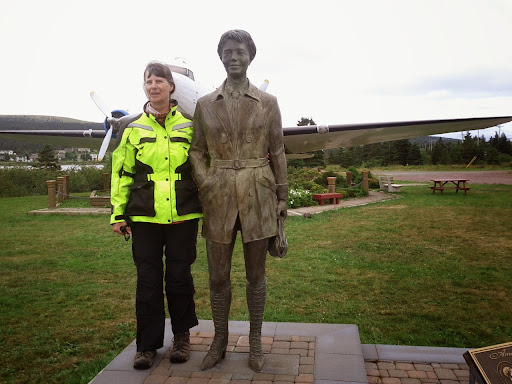 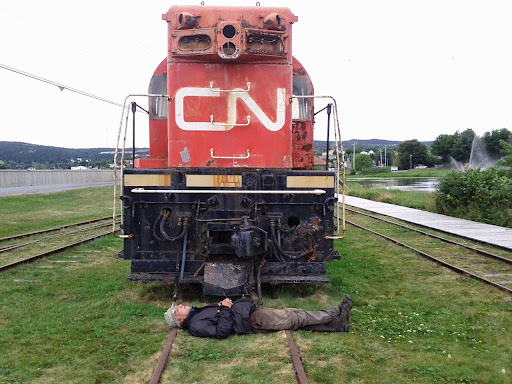 Posted by Lost Motorcyclist at 3:53 PM