We passed right near Perce rock today. Then went for a tour of the preserved fishing post at Paspebiac. I was able to get some important research done on my great grandfather, especially about the type of fishing boat he had. On the internet I had found a boat called the  Gaspe Schooner. It was the wrong type, mainly because it was too big.  The boat he actually had was called locally a fishing barge, or "Barge" in French.  All the local fishermen had them. They were a bit over 10 m in length. Any smaller and they would not be able to handle the sea.  Often fishing was done more than 30 miles offshore. Also, the barges were rigged with two masts, like much larger Schooners. But the sail layout was different. Finally, mysteries about my great grandfathers boat solved, thanks to a very obliging carpenter at the museum shipbuilding workshop. They had no less than 5 models of this type of fishing barge. A small tabletop model, a half? sized model, a full size skeleton, a partially constructed model, and an old partly preserved barge. Plus a movie from 1937 showing the barges actually going out fishing, and a very knowledgeable resource person to answer questions, although you would need someone to translate if you don't speak French.

Tonight we are tenting on a sandbar. Mary Ann and I were sitting on the beach eating our pita wraps when a whole flock of gulls flew in and around  our heads for about five minutes then suddenly flew away. Later we went back to the picnic table that was right behind our chairs, to put away the food. Our last pita bread was gone, taken right out of the bread bag by some enterprising and very quiet Black Backed Gull. (We don't say Seagull any more) 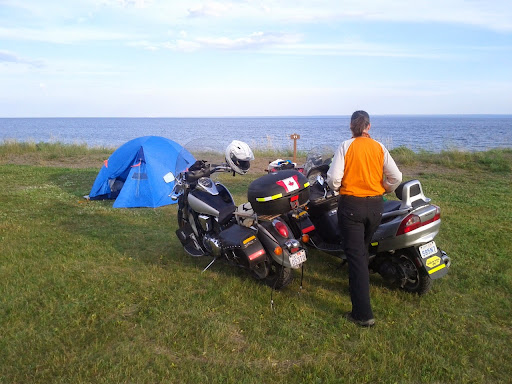 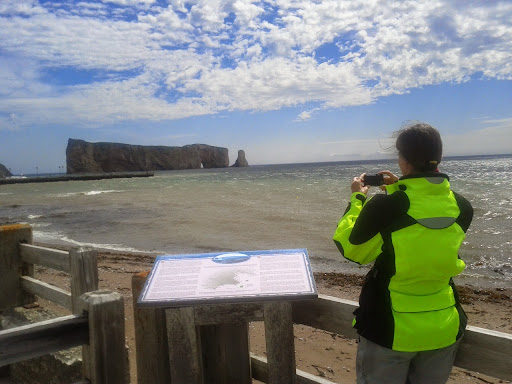 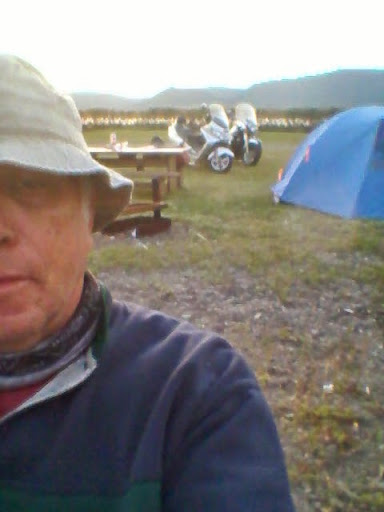 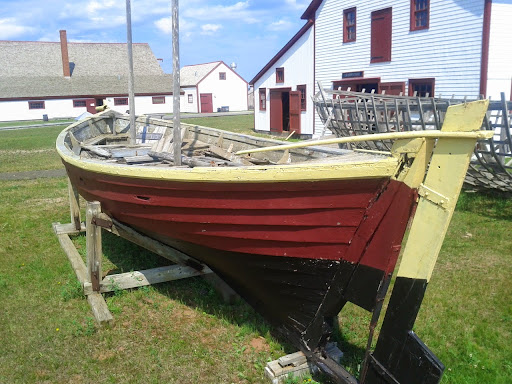 Posted by Lost Motorcyclist at 9:54 PM