We are on a 5 hour ferry ride, so after we paid for our tickets, and we had a lunch in the bistro, and walked the decks,  Mary Ann settled in the Quiet Lounge, while I headed for the Movie Lounge. And because we have 2:30 left in the voyage, I will just review the movie, even though I missed the beginning.

The movie was Zookeeper, starring Kevin James and Rosario Dawson. Now for the bad parts.  As I said already, Kevin James. Also, the movie was dubbed in French, as we are now back in Quebec. Thirdly, the movie lounge in this  ferry vibrates so much like a Harley, it blurred my vision. But, it didn't really make too much difference, as the movie was only DVD, not high definition.

Now for the plot. I guess you don't need to be fluent in French to laugh at the part where the gorilla drives the zoo van right into the side of a parked car. (Belated spoiler alert!). But you may miss the more profound social subtext, so I will explain everything here in case you plan to watch the movie on this boat.

Kevin is a zookeeper who gets fed up with his lowly life shovelling elephant manure, and being admired by Rosario, and talking to the animals such as the wise old gorilla. So he quits his job and becomes an exotic car salesman, and gets a blonde  for a girlfriend, and moves into a fabulously decorated condo loft with her.
But then, wouldn't you know it, just before the mariachi band plays, he realizes his mistake and heads back to the zoo. But Rosario is GONE! (Guess I should have had another spoiler alert here). So the gorilla offers to drive him to the airport. Leading up to the best scene in the movie, that I mentioned earlier.

Overall, I give it a surprising 2 and a half out of five.

And now we can see the islands appearing over the horizon. 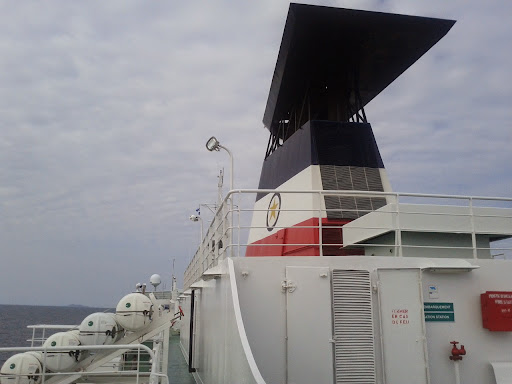 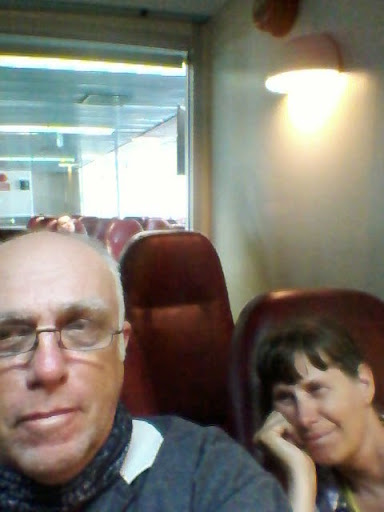 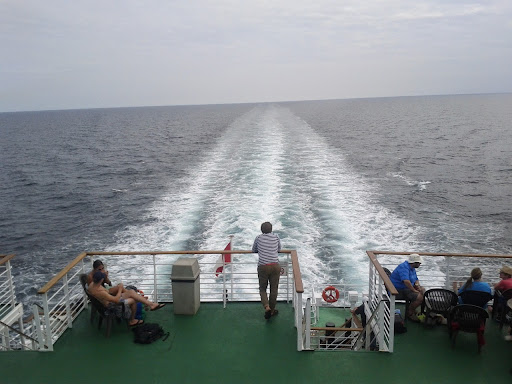 Posted by Lost Motorcyclist at 6:49 AM