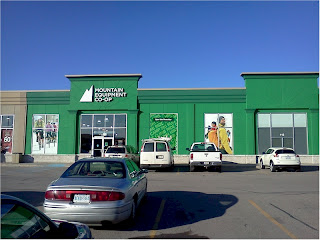 We are now one week from our planned departure date.  I am in the final stages of planning,  Mary Ann is just starting to get her stuff ready.

One of my jobs on the todo list was to buy a $40 "USA Roaming Combo" for my Koodo smartphone.  But maybe there is a better way.  I have decided to wait until I get to the USA and buy a SIM card with a prepaid "Pay as You Go" plan.  The SIM card simply pops into my phone and turns it into a T-Mobile phone. The Koodo USA Roaming Combo reduces the price of each megabyte of data from $3 to $1.  So if I used a total of 30 megabytes of data in the USA my total cost would be $70, with the plan, $90 without.  But sometimes I use more than 30 megabytes.

My new, and I hope better, plan is to buy a T-Mobile SIM card in the USA. T-Mobile sells the Samsung Nexus S (this is my phone, which has an unlocked SIM card), and according to the T-Mobile web site, I can get a US-based SIM card for $6.99, and a prepaid plan for $2 per day.  Which means each day I use the phone I am charged $2, giving me unlimited calling and data at 2G speeds.  No mention of a minimum, so I will ask for $30 to start.  That plan suits my kind of use better, as I don't have incoming calls on my old number, and even if I needed incoming calls I would simply give out my new phone number by email.

Another job on my list is packing the tire pump. I will spare you the horror stories of gas station air pumps. So I have to choose between my big floor pump, or my tiny emergency tire pump.  The emergency pump is difficult to use, so I wanted to bring the floor pump.  But I discovered a new type of pump I have never seen before.  It is a slightly larger compact pump that converts to a floor pump, and even includes a pressure gauge.  It's called the Filzer Mini-Zee pump for $28, and I bought one at Mountain Equipment Coop in London (where I get a lot of my camping stuff).  The only tricky part is that the locking lever on the nozzle is "up" for locked and "down" for unlocked, which is the opposite of every pump I have ever had for the last 40 years.  But apparently this is the new standard, as it's the same system on the floor pumps sold at Canadian Tire now.  Anyway, the Mini-Zee was able to easily pump up my motorcycle tire from 30 to 40 psi. And of course the built in gauge makes it very convenient to use - but it's so small I need reading glasses.

Now we're heading back one last time to MEC in London for some pants, T-shirts and socks.  I know we can get all those things in Kitchener, but Mary Ann wants a pair of womens' zip-off cargo pants to pack for the trip.  (Long pants that have a zip-off section to convert to shorts).  They used to sell those in Kitchener, but apparently they have gone out of style for women and so they are only sold now at adventure outfitters. Now even Mark's Work Wearhouse doesn't carry them, and we used to shop there a lot for this type of stuff.  They have renamed themselves as Mark's (dropping the Work Wear House) and have moved more into fashion clothing, which I suppose has a better profit margin.  By next year, I hope we will have an MEC store in Kitchener. Once you get used to shopping somewhere, you are kind of addicted.

Now that I don't need to carry a huge floor pump, I decided to also leave behind my equally huge folding camp chair, as they were both to be packed together.  Instead I got another Alight Monarch camp chair.  Two of those chairs pack into about half the space of one big folding camp chair.  They only have two legs, and you can fall out of them sideways, and backwards if you're not careful. But if you can stay upright, they are comfortable for hours.
Posted by Lost Motorcyclist at 10:01 PM