We made it over the Beartooth Pass and as far as Billings, where we decided to camp again. We are at a KOA, not just any KOA, but the first KOA, established in 1962. I was immediately impressed by the signage. You literally can't miss this KOA. You're never out of sight of a sign, a big sign, telling you to turn or to keep going straight, and how far to the next turn. All the way to the camp office.  This is so much better than the usually one sign, then figure it out for yourself. OK, rant about signage concluded.

Both Mary Ann and I were a little nervous about the Beartooth Pass, but it was fine. I guess all the previous mountain curves and grades from Jasper on have gotten us used to this type of road. In fact, we both admired not only the view, but the well designed lookouts, especially Rocky Creek Point. I imagine it would be so much more shocking going west, to hit this pass after a thousand kilometers of straight flat road. 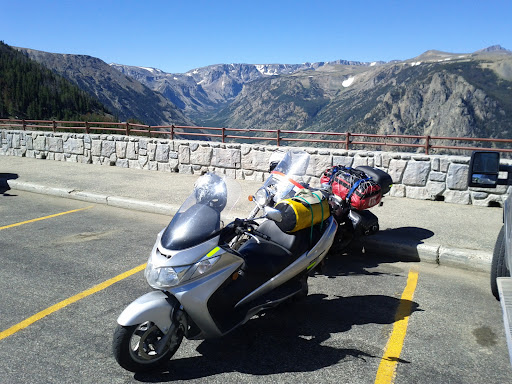 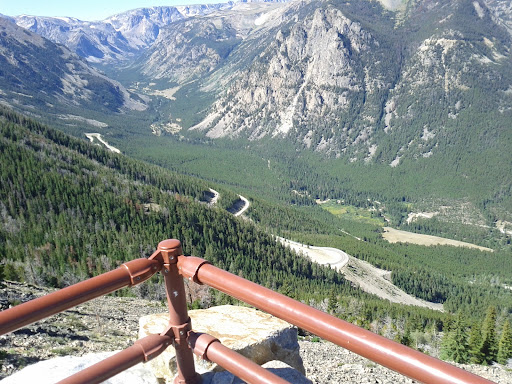 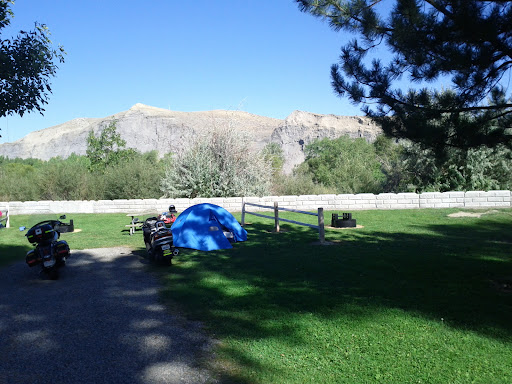 Posted by Lost Motorcyclist at 7:22 PM