Yoopers do not Believe in Socialism

We left our hotel/waterpark this morning, and made a pilgrimage to the Aerostich Riders Wearhouse. It is famous among long distance riders for their one piece riders outfit, one of the first to appear, I think it was the early nineties. It was sort of interesting, but not the spiritual experience of Pirsig's picnic table.

Next we stopped for coffee. Rant begins here > There was a TV in the coffee shop. It was tuned to Fox news, sound was off.  Nobody was paying attention to it, except for two aghast Canadians, sitting at the bar, sipping coffee. Somehow, possibly subconsciously, right wing propaganda was spreading it's message. By reading the captions, I consciously was aware of the sign off message. Which said.  "Remember, making money is not a bad thing." The whole scene reminded me of 1984 where big brother decreed that TVs be turned on at all times, broadcasting his slogans, this bad, that good. Then the people start repeating the slogans Making money good, giving handouts bad. The next time we went out was to a pub next to our motel near Marquette Michigan, for pizza. Again, a huge TV was turned on, again Fox News. Again nobody paid attention. If nobody is paying attention but me, why does it have to be on, and tuned to Fox News? Do they see me coming, run over to the TV, and turn it to Fox News so that I may become like them? <End of rant.

After the pizza we went into town on the scooter, where Friday night activities were going on at the waterfront. A live band was giving a concert. The sign said Pink Floyd. I don't know what Pink Floyd sounds like, but there was a guy up the street playing an electric guitar behind a hat with some coins in it, that sounded a lot better.

When we got back to the motel, we had the opportunity to meet some more people. As Mary Ann calls it. People from Michigan's Upper Penninsula are called Yoopers. We had the chance to talk to some Yoopers about Canada, and how socialized it was, and how America would never let it be invaded. My question was, why not tax rich people? Answer: because they provide jobs. Rebuttal: They do not: they shut down plants and send jobs overseas. Smackdown of rebuttal: People overseas need jobs too. You have to think globally, not locally. Apparently we had run into a broad minded right wing conservative.

Pictures: The Marquette cathedral. The statue is St. Francis, I wanted the hat on his head, Mary Ann said no. 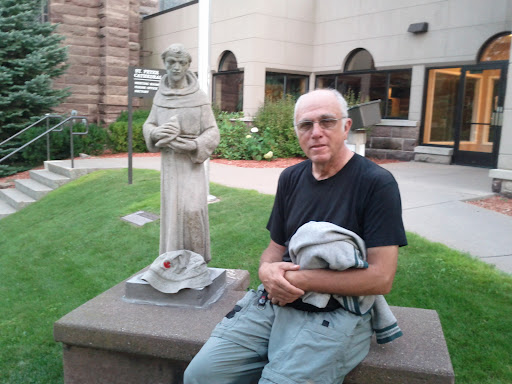 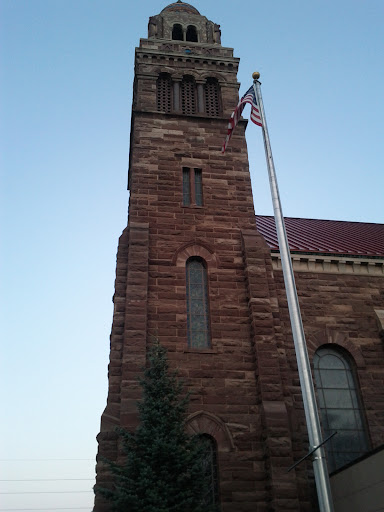 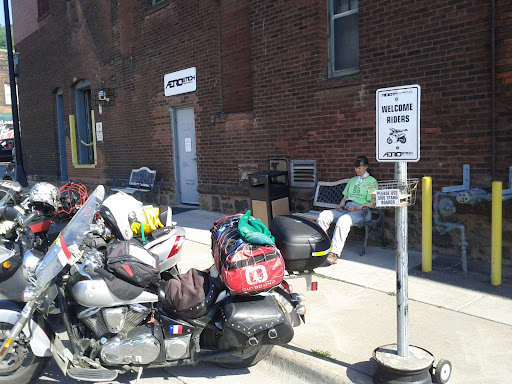 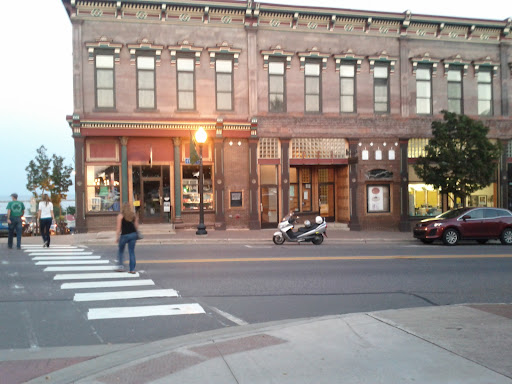 Posted by Lost Motorcyclist at 11:59 PM