Pirsig's Picture and mine

When Robert Pirsig* made his trip in 1968, he stopped at a roadside picnic table and took a picture of himself on his bike, with his son, Chris on the back. I did some research to find out where the picture was taken, and decided it was at Milnor, ND. After leaving Bismarck this morning we headed south along the Missouri River, then followed rt 13 all the way to Milnor, located the roadside picnic table, and I lined up for a close to identical shot. The original picture and mine from August 22, 2012 are shown for comparison. The picnic shelter and table look original, though a bit dinged. I'm glad there is no museum built around it, but when two motorcycles passed by without slowing down, Mary Ann yelled "Don't they know anything about motorcycle history?" 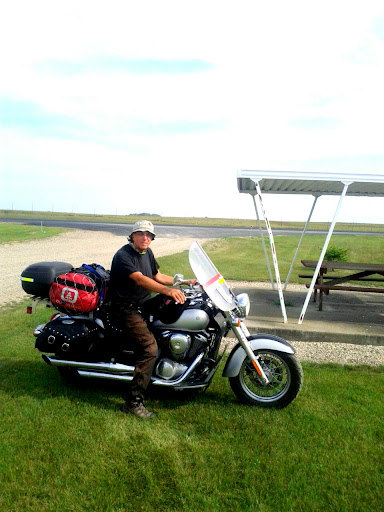 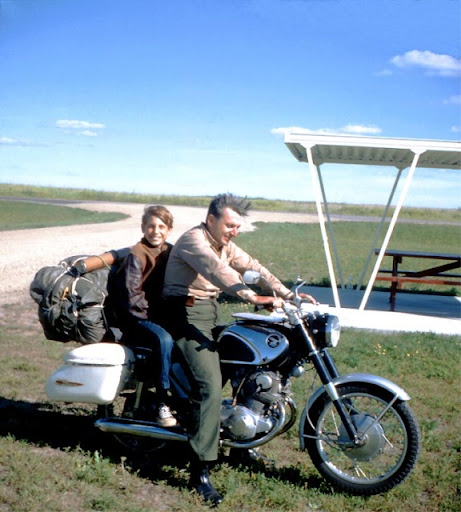 Posted by Lost Motorcyclist at 8:35 PM