Yesterday we took the ferry from Powell River to Vancouver Island and drove to Victoria, using the old scenic highway that follows the coast, until it gets close to Nanaimo, where it joins the main, newer road, then continues on to Victoria. It started off sunny, but as we approached Victoria, some dark clouds appeared and we experienced some brief rain showers, and wet roads, without stopping to put on our rain gear. Then we got to a part of the road called the Malahat, which goes through a forest and over mountains, just before arriving in the densely populated area. That was when we saw lightning, and the skies darkened, and suddenly a lot of rain came down. Mary Ann called over on the intercom that she was in favour of stopping at a restaurant, but there were none to be seen. So we started getting a little damp. Finally, the Malahat ended, and we came to a traffic light with a Subway and gas station. Even though they were on the left side of the road, we agreed to stop there. But as the rain continued as strong as ever, it became obvious that these lights were not working. Through three rainy cycles, no green left turn indicator came on, and the cars ahead of us just waited patiently. If I was in front, I would have gone through regardless, but this situation was complicated by rain, heavy traffic, and Burgie right behind. So we agreed to go to the next turnoff, which itself had some element of danger. Finally we stopped at a Boston Pizza, which would not usually be our first choice. As we took off our wet jackets, we realized that it was air conditioned, which made it uncomfortably chilly for two wet motorcyclists. But things improved with hot chocolate and hot lasagna, and it stopped raining by the time we were finished.

I wanted a picture of the Boston Pizza  for posterity. They had a promotion going on about locally inspired menus, but the only locally inspired thing I saw was a big Roberto Luongo picture on the wall beside our table, and Mary Ann didn't want me to take a picture. I will include a few other pictures of our day. 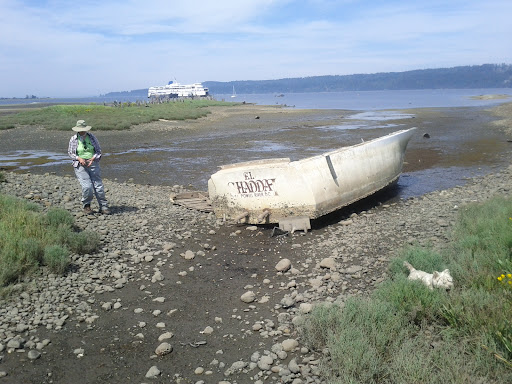 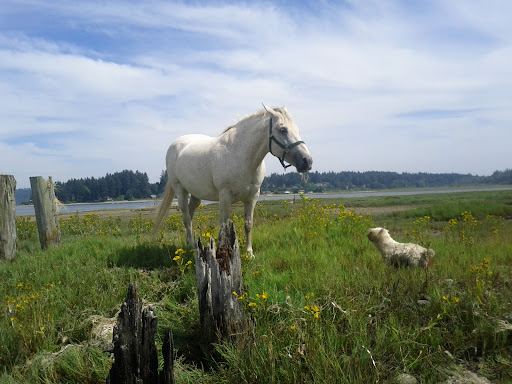 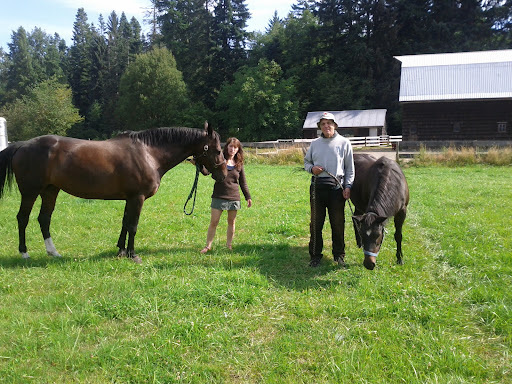 Posted by Lost Motorcyclist at 12:25 PM