Have You Ever Eaten in Beeton? 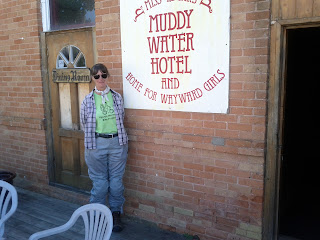 We are home now, I am using a real computer.  After 6 weeks, the mouse feels strange and I can't believe the size of the screen.

So yesterday, our last leg was from Midland to Kitchener. We stopped for lunch in Beeton, a first for me, though I have been through the town many times in the past. We parked, looked around and saw four open places to eat, and chose the Muddy Water Hotel and Home for Wayward Girls, as the most interesting.  I cannot define what is an interesting restaurant, but I definitely know one when I see it.  It turned out to be a very enjoyable experience, in case you were wondering, but I'm not a food critic so I will leave that to someone else.  Some of the critics on the internet are hilarious, though a bit harsh at times.  I mean who writes "I would only stop there if I was dead and my hearse driver had to go" or something like that?

When we reached home, Mary Ann, who has been recording all our petrol consumption at every stop on the trip, took the last odometer reading.  Total for Burgie was 10,697 km. total for Lost was 11,002 km.  The discrepancy could be odometer error, and maybe Lost did a few side trips that were longer than Burgie's side trips.  Or maybe Lost did more weaving while riding along while Burgie went straight.  I don't know, but the difference is bigger than I expected.

Now that I can add pictures from our camera, I will include one of those, from back at the summit of the Beartooth Pass. It's higher resolution than my Samsung phone, if you click on it it should fill the screen. 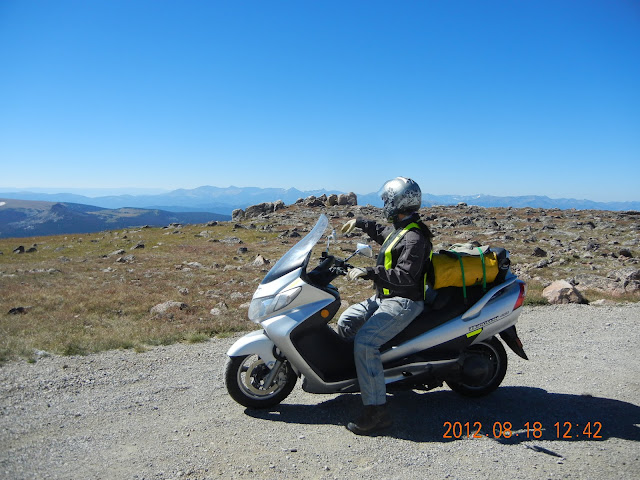 Posted by Lost Motorcyclist at 9:26 AM